I’m sure a lot of you Bay Area folk remember when the BART workers threatened a strike in August 2013. The walkout was avoided, but for an entire day the state of public rail transit across San Francisco was shaky at best.

In that dark hour it was Uber who came to the rescue…well, halfway to the rescue. They actually partnered with a local San Francisco startup called Boatbound to send people off to work on boats across the bay.

Uber never would have been able to orchestrate this singlehandedly: Boatbound was the crucial element that made it all work. Here we are now, almost two years later, and Boatbound is both still kicking and thriving.

In short, Boatbound is the Airbnb for boats. It’s an idea that founder Aaron Hall cooked up thanks to a life spent boating with family and friends.

“We were always out boating, and when we traveled it was something we’d do on vacation too. It was always an integral part of my growing up,” says Hall.

On one of those vacations, in 2012, they tried to rent a boat for the weekend. They walked into an old, clunky marina in North Dallas that was so desolate it didn’t even have a website.

The drive was to get there was long and arduous, and when they finally arrived the last available boat had already been rented out. However, Hall saw hundreds of owned boats just floating in the marina, not being used and not available for rent.

Surely there was a service out there that let people rent these owned boats. Well, long story short, there wasn’t, so Hall built Boatbound.

They initially launched in 2013 and only serviced San Francisco, which highlights the strategic prowess Boatbound showed by teaming up with Uber in 2013. That, paired with the hard work of a dedicated team took Boatbound to South Florida, and ultimately across the rest of the US in 2014.

Hall would say they’ve “exploded”, and I have to agree. I pressed him about what contributed to this massive spike in growth:

“Think about it: nobody goes out on a boat themselves unless they’re a lonely fisherman,” Hall explains. “When one person books on our platform a lot of other people find out about Boatbound while on the actual, rented boat. The opportunity for it to spread like wildfire is unprecedented.”

Currently, Hall and his crew are spending a lot of time with boating events and dry land fun to keep the hype fueled. It’s fascinating: they still haven’t turned on the marketing magic, so to speak, but have over 10,000 boats registered for rental on the platform.

Not only that, the list of people waiting to sign up seems to get bigger every day. There was even one man who rented his boat out eight times in the first week it was listed on Boatbound.

“We can’t activate boats quickly enough. It does take some time to get the boats ready, which is why we’re still picky on markets we launch in,” Hall says. “Though, it’s mainly because there are boats there already waiting for us to activate them before we even arrive.”

Consider what this means for boat owners. Effectively you can offset a sizeable portion of monthly expenses by renting your boat just a few times in a given month.

That’s huge, considering that about 80 percent of boats just float unused over one calendar year. Hall tells me that people who rent their boats on the platform can finally view their crafts as tangible assets and not sinkholes to throw money in.

For all of us who don’t own boats, it’s a steal to get out on the water for about $30 a day. What are you waiting for? Daylight is burning, my friends, and summer is already halfway over. Go have some fun already! 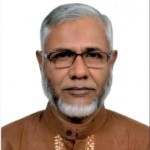 24 of the world’s most amazing bridges

24 of the world’s most amazing bridges

How to Choose a Barbell vintage gym barbell

Ahead of Super Bowl, Trump Raises Doubts on Tackle Football for His Son

Robots will control everything you eat

Stop Sitting There and Start Boating: Daylight is Burning